By william on July 2, 2013 in Campaigns, Law Commission

Yesterday afternoon, Taxi drivers from all over the UK came together to lobby their MPs at Parliament.  Every seat in the committee room was taken, resulting in standing room only.

In a bid to safeguard their jobs, drivers called upon MPs to tell the Government to scrap the devastating review from the Law Commission and adopt proposals made to the Transport select Committee by the Taxi Trade.

Unions leaders warned plans to deregulate the industry by merging the rules covering taxis and private hire vehicles and replacing local with national licensing arrangements, will result in chaos and a drop in standards.
Unite’s Assistant General Secretary, Diana Holland said: “The Law Commission’s plans could hit standards and destroy the UK Licensed Taxi Trade. The deregulation of the Taxi industry could lead to criminals posing as ‘rogue’ Taxi drivers, with passengers being ripped off and chaos on our streets with people unsure about whether the Taxi they have flagged down is legitimate or not.
The assembled drivers and MPs heard addresses from the RMT, Unite, the GMB.
Representatives from the London Cab Drivers Club and the LTDA were also in attendance.
The room was also addressed by sympathetic MPs, at the invitation of the various Unions

Steve Headly (RMT Assistant General Secretary) gave an impassioned speech of how to fight the Law Commissions proposals together in solidarity with whoever is interested.
Grant Davies (London Cab Drivers Club) addressed the meeting and said “We must take the fight to the politicians”. Mr Davis will be speaking to Boris Johnston on Thursday (4th July) along with Unite’s Peter Rose. In closing, Grant said he fully supports the RMT, Unite and GMB in what they are doing.
The sentment in the committee room reflected a time of trade union unity, not just locally but nationally, with delegates and MPs from around the country speaking passionately about the devastation and chaos that will result, following the proposals from the Law Commission report.
This is a political remit that needs to be fought against the Department of Transport who, want to deregulate our trade by stealth and create even more competition for us either legal or illegally 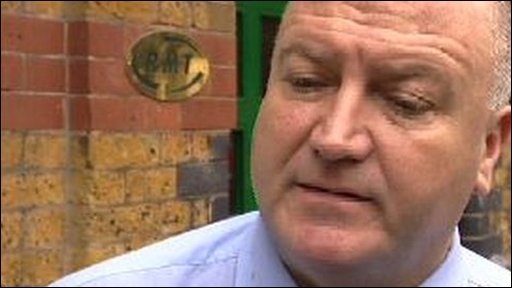 “The licensed taxi industry is under unprecedented attack through deregulation and a systematic attempt to water down standards and rules that have served the public so well down the years.

This lobby will give politicians a chance to hear directly from the taxi drivers themselves.”